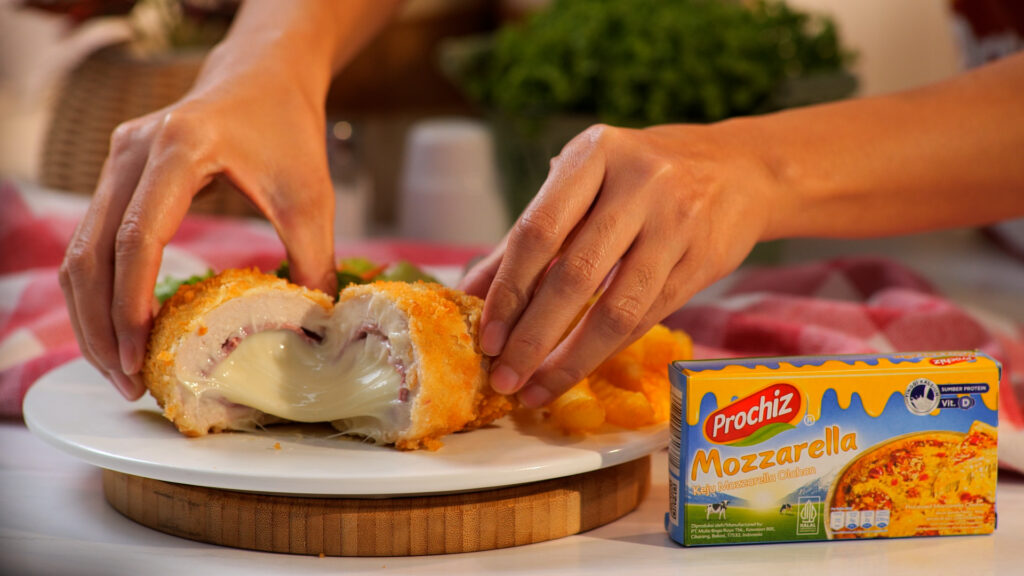 Dishes made with chicken and cheese is just a perfect combination. The savory and delicate taste of the chicken, is a perfect match with this creamy cheese. It’s no wonder that the chicken cordon bleu dish has become an idol for so many people.

It is so easy to make, with ingredients that are easy to find, and a fairly quick process in creating this dish. Making this one dish, suitable for all kinds of events or a family meal. But before discussing any further, let’s look at interesting facts about this chicken dish.

Unique Facts about the Deliciousness of Chicken Cordon Bleu.

Did you know? That this chicken fillet dish turns out to have different variants fillings. Not only that, you should know these other interesting facts. All summed up below.

It is time for Prochiz Lovers to experience the ultimate deliciousness of Prochiz Mozzarella in the making of chicken cordon blue.

Get a Special Chicken Cordon Bleu Delicacy With Prochiz Mozzarella

Why the recipe with Prochiz Mozzarella that is Soooo Stretchy!  is this recommended cheese to make chicken cordon bleu? Because, besides its deliciousness and simple to make, this dish has a lot of nutritional content. For example:

Isn’t it interesting to learn the unique facts about this delicious and simple dish? Especially if you make it with Prochiz Mozzarella which is Soooo Strechy!

Just imagine, when you bite into it, the stream of melted and creamy  cheese combined perfectly with the savory taste of the chicken, which makes the chicken cordon bleu made by Prochiz Lovers will taste even more special

It is no wonder that Prochiz Mozzarella which is Soooo Strechy! making this dish a favourite for children, as well as the whole family. For that reason, let’s try the fail-proof chicken cordon bleu recipe below!

To find out other delicious recipes from Prochiz, Prochiz Lovers can follow Prochiz’s social media accounts, IG: @keju_prochiz – Tiktok: @keju_prochiz and get interesting tips as well as prizes from events organized by Prochiz. Good luck!