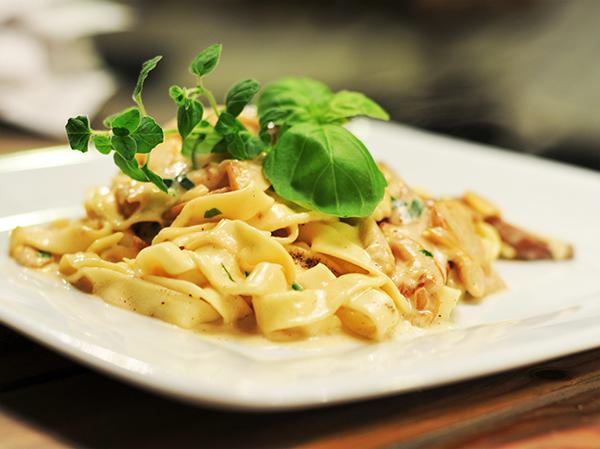 What is the authentic Fettuccine Carbonara Recipe?

It’s best to used smoked meat made of red meat, such as beef. Nevertheless, if you don’t prefer red meat, you can certainly use smoked white meat such as smoked chicken or fish instead. However, the use of smoked red meat does affect the taste of Fettuccine Carbonara. However, the originality of the recipe is a result of the use of authentic ingredients. Furthermore, your pasta may taste different when you use white meat.

There are many opinons regarding the origin of Fettucine Carbonara recipe. Some believed that the name carbonara comes from the Italian word cabonaro, which means coal stove. On that basis, some believed that the Fettuccine Carbonara recipe was created as the main stable of coal miners in Italy a long time ago. In certain parts of the United States, the dish is referred to as the “coal miners’ spaghetti”.

Also read: The Origin of Macaroni Cheese as We Know It