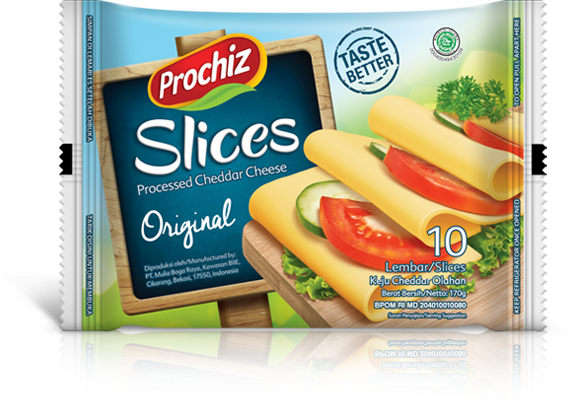 Many people find it difficult to have proper breakfast, since the available time is short and is often conflicting with the time to leave for work or school. Even serving bread and cheese can sometimes becomes a hassle. You will not face a hassle if you use sliced cheese. You will no longer have to slice or grate cheese to be used as topping for bread. Simply take a few slices and put them on the bread.

Given its highly practical nature, sliced cheese has become one of the most popular types of cheese. It is popular among both moms and children. In addition to its practical shape and serving, sliced cheese is very tasty. Sliced cheese has a very smooth, chewy, slightly soft texture, with a flavor that neither too salty or sour. As a result, milk dominated the flavor of this type of cheese.

Its durability is relatively high. Sliced cheese is generally sold in single slice plastic packaging. As a result, sliced cheese can stand at room temperature for a long time, and even longer in the refrigerator. Nevertheless, pay attention to the expiry date stamped on the packaging, and be mindful of any changes in scent and color of the cheese surface. If you are interested, Prochiz also offers sliced cheese that is practical for your use.