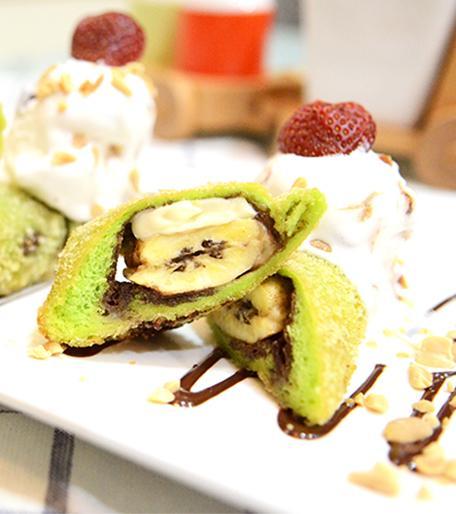 The Tale of Cheese Banana in the Archipelago

Banana fritter was first introduced by the Portuguese, who had a habit to eat bananas as breakfast. The habit was introduced to Southeast Asia when the Portuguese conquered Indonesia. They added flour batter to peeled bananas and fried them. The habit spread to Indonesian people, and remains popular until now.

As the culinary world evolves, banana fritters are served in many varieties. One variety serves banana fritter with shredded cheese and is popularly known as cheese banana. Cheese banana is fried banana served with various toppings such as cheese, chocolate, condensed milk, and chopped peanuts.

The varieties that are suitable for frying or grilling are uli,tanduk, kepok, and nangka bananas. These type of bananas have naturally sweet flavor and are not to soft, so they wont’s break apart when fried or grilled.

Banana is easily available and affordable. It is no wonder that you can easily find seller of cheese banana everywhere. A lot of people also make their own cheese banana at home, as the recipe is relatively simple.

It is served just like regular cheese banana. You can add shredded cheese, chocolate, and condensed milk.