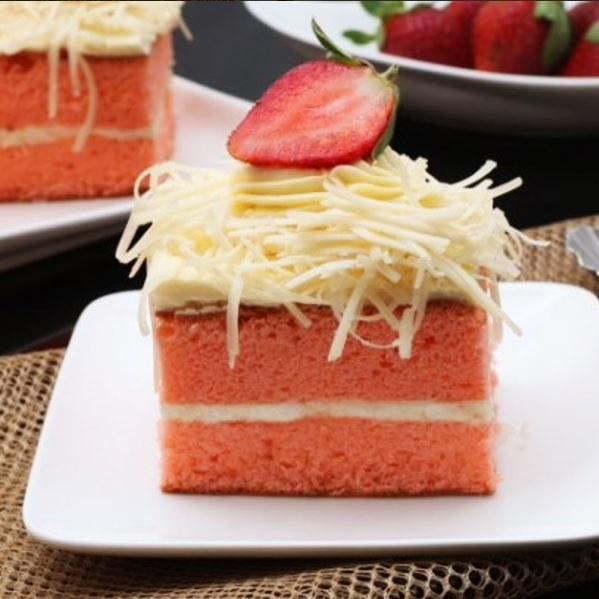 If there is any cake that is suitable for every occasion, sponge cake is the answer. Anyone can easily bake sponge cake, making it a basic staple in various dining occasions, parties and festivities, or simple snacks to be enjoyed in simple family gatherings. Sponge cake has many types and varieties, depending on the taste and expertise of the baker.

In the cheese sponge cake recipe, various types of cheese are used, either to be mixed in the batter or as topping.

Edam cheese is a type of cheese from the Land of the Windmill, the Netherlands. Traditionally this type of cheese is made in a round form and has bright yellow color. The name comes from the origin of the cheese, the city of Edam, Netherlands. In cheese sponge cake recipe, edam is usually used to give a more salty flavor. Because edam basically has a slightly salty flavor like peanut, and has milder aroma compared to other types of cheese. As another option, edam cheese can be grated and sprinkled on top of sponge cake. The sponge cake must first be iced with cream cheese so the grated edam cheese can stay in place.