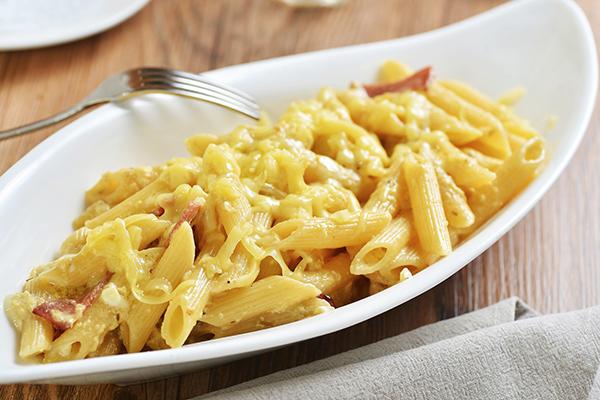 The Origin of Macaroni Cheese as We Know It

The story of Macaroni Cheese is interesting to learn. It is said that the American President, Thomas Jefferson, first learned about the Macaroni Cheese recipe in French and Southern Italy. Thomas Jefferson immediately fell in love with it and made a detailed sketch about the dish. He carefully recorded the ingredients and the steps to make the dish. In 1973, he served as the American Ambassador for Paris with William Short as his private secretary.[EL1]  One of the reasons Jefferson chose the assignment was because he intended to buy a macaroni cheese maker.

The appliance bought by Thomas Jefferson turned out to be different than his expectation. He finally decided to import macaroni so parmesan cheese he can use it during his assignment in Monticello. In 1802, Jefferson served a dish similar to Macaroni Cheese in a state dinner. Ironically, the state dinner was reviewed and published by Reverend Mannasseh Cutler, who seemed to dislike the macaroni and cheese dish served by Jefferson. However, this publication unexpectedly made Macaroni Cheese Recipe suddenly populer in America at the time.

The cookbook titled The Virginia Housewife became an important and most influential cookbook in the 19th century. Following the publication of the cookbook, a similar recipe was also published in the Handbook of Useful Arts in 1852, as well as in 1861 in the Godey’s Lady’s Book. In mid-1880, every cookbook published in Kansas and Festus areas, Missouri, always included the macaroni and cheese recipe. Today, mac and cheese has become a staple dish that is most popular, as well as tasty, economical and easy to make and serve in America.

Also read: Mozzarella in Baked Macaroni The Journey of Macaroni Schotel in Indonesia
Rate it!