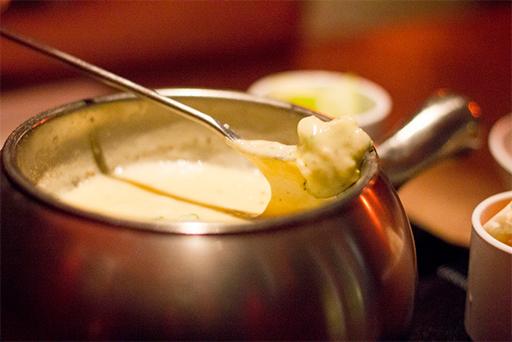 Cheese sauce comes in many forms, depending on the culture, location, and the type of food customarily served together with the cheese sauce. Most cheese sauces are derived from the base white sauce known as Béchamel.  Béchamel is a white base sauce made of butter, nutmeg, milk, and salt. Many cheese sauce recipes also use more than one type of cheese.

The classic cheese sauce recipe from France is known as the Mornay Sauce. Mornay Cheese Sauce is basically a modified Bechamel sauce recipe with melted cheese added. Mornay Cheese Sauce usually uses Gruyère and Parmesan. Some variations use different combinations of Emmental or white cheddar cheese. If you like, you can also add egg yolk to thicken your Mornay Sauce.

Fondue simply means “melted”. Traditional Swiss Fondue Sauce originated from Switzerland typically uses a combination of Gruyère, Emmental, and sometimes Raclette Cheese. These cheeses are melted with white wine or Kirschwasser. Kirschwasser or kirsch is a type of clear fruit brandy made of distilled Morello Cherries.

Welsh Rarebit is a cheese sauce originated from Kentucky, USA. This cheese sauce is also known as “Hot Brown”. Welsh Rarebit Sauce is a mixture of melted cheese in white sauce mixed with beer and broiled. Broiling makes the sauce brown.

Four-Cheese Sauce is a very thick sauce. It is typically used for pasta. This cheese sauce recipe is rich with cheese. The basic ingredients of Four-Cheese Sauce are plain heavy cream cooked with butter, and added with grated parmesan cheese, grated mozzarella cheese, grated provolone cheese, and grated romano cheese. All the ingredients are stirred well on a medium heat until combined and thickened. This cheese sauce is most suitable for high-carb main courses such as pasta.